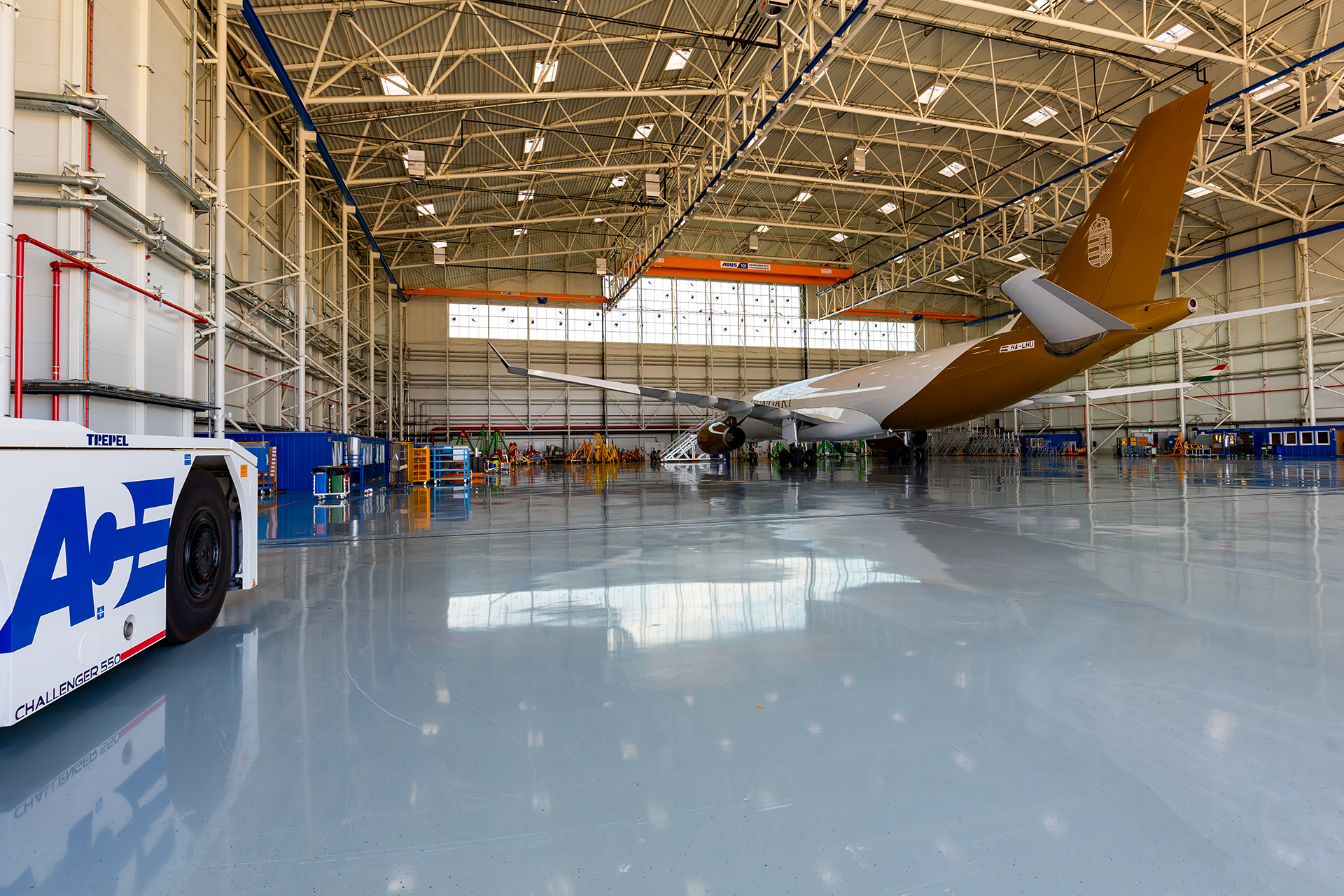 29 August 2022 - The first wide-body aircraft - an Airbus A330 freighter - has arrived for C-Check in the new hangar of Aeroplex Ltd. at Ferenc Liszt International Airport, Budapest. The event is a milestone not only for the Hungarian MRO company, but also for the entire Hungarian aviation industry.

The new 8,200-square-meter hangar of Aeroplex, which was handed over in March this year and is suitable for accommodate wide-body aircraft, received its largest guest for base maintenance so far. The Airbus A330F is Code E category aircraft, which has never been in hangar maintenance in Hungary before.

"The handover of the new wide-body hangar and the training of our specialists for a larger aircraft type than ever before took a long journey, which is the result of several years of persistent work." - emphasized Árpád Demény, managing director of Aeroplex Ltd. "I can say without exaggeration that it is a historic moment and a serious step forward not only for Aeroplex, but also for the Hungarian aviation industry." - he added.

The Hungarian Aeroplex is one of the region's most recognized and largest service providers in the MRO segment. Thanks to the new wide-body hangar handed over in March this year, they were able to further expand their capacities and capabilities. The company maintains Airbus and Boeing passenger and cargo aircraft, including the Boeing 737, 757 and 767, or the Airbus A320 family.

In MRO, each new type of aircraft requires a long training and authorization process before full maintenance can be carried out, that means the preparations for the Airbus A330 started more than a year ago. In the coming years, Aeroplex plans to expand its range with additional types and manufactures.